Brief biographies for the four lead authors of Climate Change Reconsidered II: Fossil Fuels appear below. Lists of recent publications (primarily in peer-reviewed journals) by the authors are available at the following links: 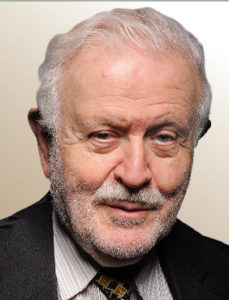 Dr. S. Fred Singer, an atmospheric and space physicist, is one of the world’s most respected and widely published experts on climate. He is professor emeritus of environmental science at the University of Virginia. He directs the nonprofit Science and Environmental Policy Project (SEPP), which he founded in 1990 and incorporated in 1992 after retiring from the University of Virginia.

Dr. Singer served as professor of environmental sciences at the University of Virginia, Charlottesville, VA (1971-94); distinguished research professor at the Institute for Space Science and Technology, Gainesville, FL, where he was principal investigator for the Cosmic Dust/Orbital Debris Project (1989-94); chief scientist, U.S. Department of Transportation (1987- 89); vice chairman of the National Advisory Committee for Oceans and Atmosphere (NACOA) (1981-86); deputy assistant administrator for policy, U.S. Environmental Protection Agency (1970-71); deputy assistant secretary for water quality and research, U.S. Department of the Interior (1967- 70); founding dean of the School of Environmental and Planetary Sciences, University of Miami (1964-67); first director of the National Weather Satellite Service (1962-64); and director of the Center for Atmospheric and Space Physics, University of Maryland (1953-62).

Dr. Singer did his undergraduate work in electrical engineering at Ohio State University and holds a Ph.D. in physics from Princeton University.Dr. Singer has published more than 200 technical papers in peer-reviewed scientific journals, including EOS: Transactions of the AGU, Journal of Meteorology and Atmospheric Physics, Science, Nature, Bulletin of the American Meteorological Society, Geophysical Research Letters, and International Journal of Climatology.His editorial essays and articles have appeared in Cosmos, The Wall Street Journal, The New York Times, The New Republic, Newsweek, Journal of Commerce, The Washington Times, The Washington Post, and many other publications.His accomplishments have been featured in front-cover stories appearing in Time, Life, and U.S. News & World Report.Dr. Singer is author, coauthor, or editor of more than a dozen books and monographs, including Free Market Energy (Universe Books, 1984), Global Climate Change (Paragon House, 1989), The Greenhouse Debate Continued: An Analysis and Critique of the IPCC Climate Assessment (ICS Press, 1992), Hot Talk Cold Science – Global Warming’s Unfinished Debate (Independent Institute, 1997, 1999), Climate Policy – From Rio to Kyoto (Hoover Institution, 2000), Unstoppable Global Warming – Every 1,500 Years (Rowman & Littlefield, 2007, revised ed. 2008), and three volumes in the NIPCC series: Nature, Not Human Activity, Rules the Climate (Heartland Institute, 2008), Climate Change Reconsidered: The 2009 Report of the Nongovernmental International Panel on Climate Change (Heartland Institute, 2009), and Climate Change Reconsidered: 2011 Interim Report (Heartland Institute, 2011). Dr. Singer is an elected Fellow of the American Association for the Advancement of Science (AAAS), American Geophysical Union, American Physical Society, and American Institute for Aeronautics and Astronautics. He was elected to the AAAS Council and served on the Committee on Council Affairs, and as Section Secretary.

He has also given invited seminars at Brookhaven National Laboratory, the Max Planck Institute for Extra-Terrestrial Physics in Munich, the Max Planck Institute for Meteorology in Hamburg, and the National Center for Atmospheric Research in Boulder, Colorado, and (2010) in New Delhi and Singapore.Dr. Singer has been a pioneer in many ways. At the Applied Physics Laboratory of Johns Hopkins University, he participated in the first experiments using high-altitude research rockets, measuring the energy spectrum of primary cosmic rays and the distribution of stratospheric ozone; he is generally credited with the discovery of the equatorial electrojet current flowing in the ionosphere. In academic science during the 1950s, he published the first studies on subatomic particles trapped in the Earth’s magnetic field – radiation belts, later discovered by James Van Allen.Dr. Singer was the first to make the correct calculations for using atomic clocks in orbit, contributing to the verification of Einstein’s General Theory of Relativity, and now essential in the GPS system of satellite navigation. He also designed satellites and instrumentation for remote sensing of the atmosphere and received a White House Presidential Commendation for this work.In 1971, Dr. Singer calculated the anthropogenic contribution to atmospheric methane, an important greenhouse gas. He also predicted that methane, once reaching the stratosphere, would transform into water vapor, which could then deplete stratospheric ozone. A few years later, methane levels were indeed found to be rising, and the increase in stratospheric water vapor was confirmed in 1995. 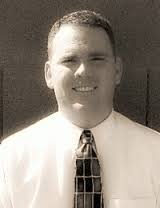 Dr. Craig D. Idso is the founder, former president, and currently chairman of the Center for the Study of Carbon Dioxide and Global Change. The Center was founded in 1998 as a non-profit public charity dedicated to discovering and disseminating scientific information pertaining to the effects of atmospheric carbon dioxide enrichment on climate and the biosphere. The Center maintains a massive online collection of editorials and reviews of peer-reviewed scientific journal articles relating to global climate change.Dr. Idso’s research has appeared many times in peer-reviewed journals, including Geophysical Research Letters, Energy & Environment, Atmospheric Environment, Technology, The Quarterly Review of Biology, Journal of Climate, Environmental and Experimental Botany, Physical Geography, and the Journal of the Arizona-Nevada Academy of Science.Dr. Idso is the author or coauthor of several books, including CO2, Global Warming and Species Extinctions (Vales Lake Publishing, LLC, 2009), CO2, Global Warming and Coral Reefs (Vales Lake Publishing, LLC, 2009); Enhanced or Impaired? Human Health in a CO2-Enriched Warmer World (Center for the Study of Carbon Dioxide and Global Change, 2003); and The Specter of Species Extinction: Will Global Warming Decimate Earth’s Biosphere? (George C. Marshall Institute, 2003).He contributed chapters to Critical Topics in Global Warming (McKitrick, R. (Ed.), Fraser Institute, 2009) and Encyclopedia of Soil Science (Marcel Dekker, 2002).Dr. Idso received a B.S. in Geography from Arizona State University, an M.S. in Agronomy from the University of Nebraska – Lincoln, and a Ph.D. in Geography from Arizona State University, where he also studied as one of a small group of University Graduate Scholars. He was a faculty researcher in the Office of Climatology at Arizona State University and has lectured in Meteorology at Arizona State University. 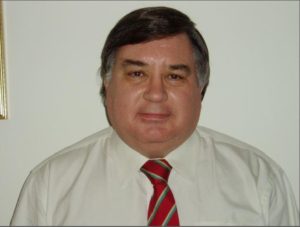 Dr. Bezdek has more than thirty years of experience in the energy, utility, environmental, and regulatory areas in private industry, academia, and the federal government. He previously served as Senior Advisor in the Office of the Secretary of the Treasury, as research director at the Department of Energy, as U.S. energy and environmental delegate to the European Community and to NATO, and as a participant in the U.S. State Department AMPART program.

Dr. Bezdek earned a Ph.D. in Economics from the University of Illinois at Urbana-Champaign. From 1971-74, Dr. Bezdek served as a faculty member at the University of Illinois at Urbana-Champaign, with joint appointments in the Department of Economics, the Institute of Labor and Industrial Relations, and the Center for Advanced Computation (CAC) in the Department of Computer Science. 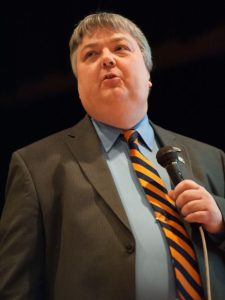 Dr. Legates has published more than 125 articles in refereed journals, conference proceedings, and monograph series and has made more than 250 professional presentations.  His research has appeared in such journals as Academic Questions, Bulletin of the American Meteorological Society, Climatic Change, Geographical Review, Global and Planetary Change, Hydrological Processes, International Journal of Climatology, Journal of Atmospheric and Solar Terrestrial Physics, Journal of Climate, Journal of Geophysical Research, Journal of Hydrology, PLoS ONE, Proceedings of the National Academy of Sciences, Science & Education, Theoretical and Applied Climatology, and Water Resources Research.  He has contributed to the Encyclopedia of Climate and Weather and Yearbook of Science and Technology.

Dr. Legates has argued for the necessity of technological progress in precipitation measurement used for validating climate change scenarios and for validation of existing data used for that purpose. He co-developed methods to adjust for bias in gage-measured precipitation data for wind and temperature effects, with direct applicability in climate change, hydrology, and environmental impact studies. Legates also developed a calibration method that validates NEXRAD radar precipitation data with gauge measurements to improve the accuracy of precipitation estimates.

Legates is a Certified Consulting Meteorologist as recognized by the American Meteorological Society and, in 1999, was awarded the Boeing Autometric Award for the best paper in image analysis and interpretation.  He has been asked to give expert testimony to the US Congress on five separate occasions.

At the 10th International Conference on Climate Change in 2015, he was presented with the Courage in Defense of Science Award.